As District Governor, Innes is the Chief Administrative Officer of all District 6940 Clubs and will administer, promote leadership, membership growth, set goals, and lead the District Governor Leadership Team under the general supervision of the Rotary International Board of Directors. District 6940 covers Clubs across the Florida Panhandle to the Gainesville area.

Innes remarked upon receiving this honor, “Many of you have been my mentors and role models. Your encouragement has brought me to this day, and I am forever grateful for this opportunity to serve.”

Innes received a B.A. from John Hopkins University and Judson College. Locally she has served in various director positions with Pensacola Symphony, Northwest Florida Ballet, Covenant Hospice, and American Lung Association. She has also served as Owner/President of Richards Consulting.

Innes is a member of Rotary Club of Pensacola and has served as Secretary and President. 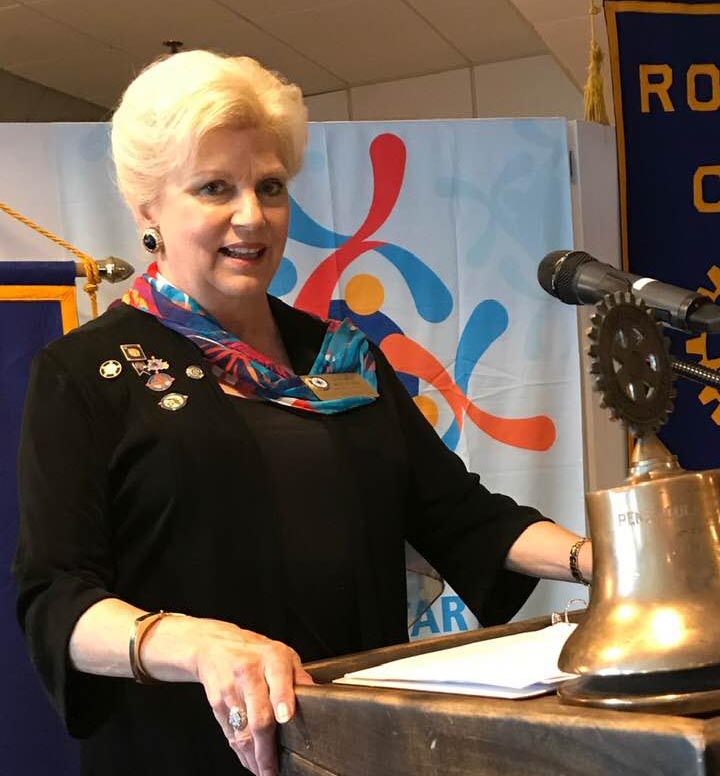 The University of West Florida College of Business and the Combined Rotary Clubs of Pensacola named David Apple and Olevia McNally as this year’s recipients of the annual Ethics in Business Award during the 2019 Combined Rotary Luncheon on Monday, May 6 at New World Landing in downtown Pensacola.